The introduction of softball at the Chicago World's Fair brought about a standardization of rules and equipment and the formation of the Amateur Softball Association.

The Grumman Yankees softball team was born under the managership of Charlie Lehecka and encouraged by the number one softball fan, Mr. Leon A. (Jake) Swirbul. Their rise to a place of prominence in the Softball Hall of Fame was won by hard hitting, superior pitching, fair play and that persistent will to win.

(From the Grumman Yankees Program 1949) 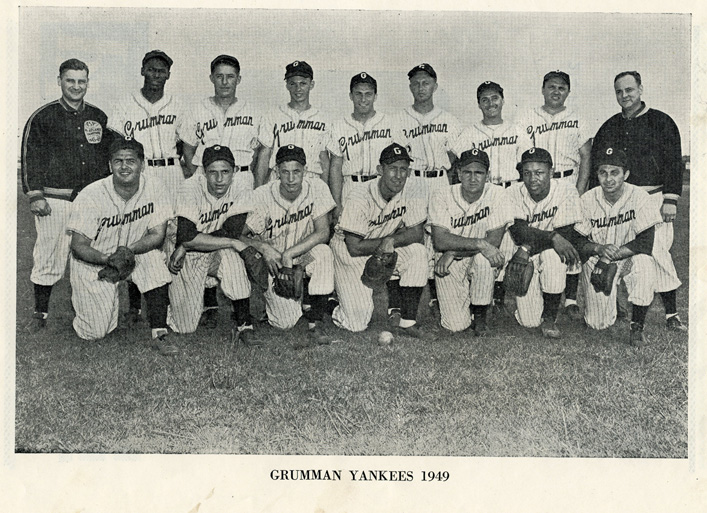